Why we Assamese fail

Man being a social animal, needs to
think about his society, its wellness, present, future, etc. And thus we all
assimilate and associate with like minded people and groups. Thus our issues
relating to the society, lead us to Politics (Politics is derived from the
Greek word “Polis”, which means city, hence issues related to a region is
politics)

But to deal with issues we need to
introspect ourselves who we really are, let’s begin the journey with our
mind-set first.

To discuss our mind-set let’s begin
with an example from the entrepreneurship angle; we all know there is a
negligible percentile of Assamese who are into entrepreneurship. Non-Assamese rules
the commercial sector.

The cause is – our peers and the
society we live in want us, rather forces an Assamese youth to become Doctors,
Engineers, etc. So the mind-set of Assamese is to secure a good job for
survival. Remember our fore-fathers have lived in MAI-BAAP culture. The youths
are always rewarded or berated by comparing with other youths who have
succeeded to declare his life for slavery in some service (Like me). Now my
peers are happy, I have a job.

So this mind-set (securing a job) leads
the Assamese society to educate their wards in good schools. With the pity
condition of Govt Schools no parent wills to send their child to such deploring
schools. Option lies in privately run English Medium Schools.

So our upcoming Assamese qualified
and the educated class belongs mostly from English schools (This is for
assumption’s sake – not the truth). And down few years from now, say 2020, the matter
will become worse. Apart from Assamese children, presently those who are
studying Assamese as their first language in schools are the wards of some
migrants, mostly B’deshis.

I have come across in upper , a typical scenario; in every
village HQ one can observe a typical Marwari gulla. Ever wondered where their
generations had their basic education? They all went to local primary schools. Yes
they can read and write well in assamese. But in towns like Tinisukia,
Dibruagrh, Guahati, etc it’s different, as because there exist English Hindi
Bengali Schools too.

So with need people like those
Marwari class living in ’s villages have embraced assamese
as their mode of education. And they are also Assamese. Remember that our
national song (O mur apunar desh) is written by Jyoti Prasad Agarwalla.

So while defining the term Assamese
why we fail to encompass others?

has been a melting point of
Austroloid, Mongoliod, Caucasoid genes. But still why we lack the feeling of
belongingness with people living within the state for generations? The feeling
of alienation has taken deep roots. Like the Bodos feels they are different
from Assamese, and they are treated as like down-trodden ones. So this
alienation led to formation of Seven States in the past. And still one can see
the mutinies of getting separated from are in momentum. Although we too
feel alienated from the Centre, lots of brouhaha of being neglected and
exploited by the mainland is ever-present since . And this feeling led to Struggle, both non-violence
(Axom Aandolan) and armed (Extremist movement).

Yes the main root is our mind-set,
we define the term ASSAMESE very narrowly and fail in many fronts due to it. 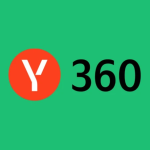